In this module, children will learn about a variety of animals including fish, amphibians, reptiles, birds and mammals. They will name their body parts, describe their features and even mimic how they move. We will focus on animals that have backbones (vertebrates) and the children will learn the terms ‘carnivore’, ‘herbivore’ and ‘omnivore’. Children will think about pets that may live with them and how these might be looked after if they need to visit a vet. Children will also use enquiry skills to look closely at animals to group and classify them.

Children will be introduced to different ways of changing the shapes of objects made from different materials. They will discover that some materials have different properties according to how they are shaped and what they are made into, and choose materials for uses. They also learn that pushes and pulls can cause movement or a change in shape. Children apply their knowledge by making clay models and catapults. When working scientifically, children carry out identifying and classifying enquiries and comparative tests. They record using photographs, labelled drawings, Venn diagrams, tables and bar charts.

Year 3- The Power of Forces (Forces and Magnets)

During this topic, children will explore how forces can make objects start to move, speed up, slow down or change direction. They will compare how things move on different surfaces. They will learn that some metals are magnetic and that magnets have two poles. When working scientifically children will compare and group together a variety of everyday materials on the basis of whether they are attracted to a magnet. They will carry out comparative and fair tests to investigate the strength of magnets and how objects move on different surfaces. 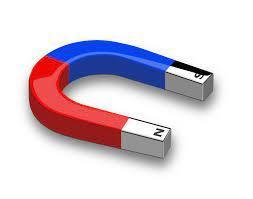 This module introduces children to a range of basic materials and their properties and they learn to name and identify wood, plastic, metal, glass, rock, brick, water and other materials.  They recognise that the same material can be made into different objects, for example, a metal can, a metal spoon and a metal car and use touch and sight to identify a number of simple properties of materials.  Children learn how to group, classify and compare the properties of different materials. They design and carry out simple tests to make fair comparisons and record their findings in a variety of ways

Children are introduced to growing plants from bulbs and from seeds, learning the sequence of germination, and comparing and contrasting the requirements of germinating seeds with those of mature plants to maintain healthy growth. They record a series of observations using labelled drawings and photographs in diaries. Children use their existing knowledge and their observations to make predictions at the start and during investigations - the main focus is on making and comparing close observations and interpreting the changes that they see.

Year 3 – How does your garden grow?

Children revise the names of the main parts of a plant (root, stem/trunk, leaf and flower) and learn their functions and how these relate to their appearance and structure.  They will learn about the absorption and transport of water and nutrients and the role of the leaf in making food for the plant.  Children will also learn about the parts of the flower, their roles in plant reproduction and the stages of the life cycle of a flowering plant.  When working scientifically children will ask and answer their own questions about plants and will have opportunities to make and record detailed observations.

Children already have experience of electricity in their everyday lives and so we build on this knowledge. Children will identify electrical appliances and know the difference between those powered by mains and battery. Children will recognise that electricity can be used to produce light, sound, heat and movement. All children will get the chance to make simple series circuits with cells, wires, bulbs, buzzers and motors and with detailed observation they will be able to describe the flow of electricity round a circuit and give reasons why some circuits do not work. 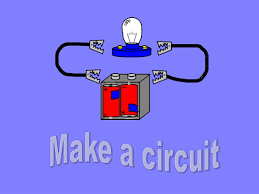 Children have already learnt how forces can make things start and stop moving in Year 3. Now in Year 5, children will develop an understanding of how forces including gravitational attraction and drag forces – friction, air resistance, water resistance, and up-thrust in water – affect movement. Children learn how mechanisms including levers, pulleys and gears allow a smaller force to have a greater effect, and they use this knowledge in different investigations.

This module builds on what children learnt in earlier years. Now we look at the human circulatory system and how it enables their bodies to function. They find out about the heart, blood vessels (arteries, veins and capillaries) and blood, and how these work together to deliver oxygen and nutrients to every part of the body. Children will use secondary sources of information to find answers to questions about the functions of different parts of the circulatory system that they cannot investigate first hand. Children will carry out and illustrate a practical activity in which they make some ‘blood soup’, and, in a drama activity, they will model the transport of blood and gases around the body. 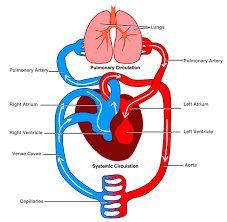 Children learn the characteristic properties of solids, liquids and gases, first through physically exploring typical materials and then by classifying examples, such as powders and very viscous liquids. They learn about changes of state and begin to understand freezing and boiling points and learn the names of some common gases. Children explore the expansion of liquids and gases when they are heated, and learn about the water cycle.  When investigating changes of state they will use thermometers and data loggers.

Children learn about the life cycles of some mammals, amphibians, insects and birds. They compare and contrast different life cycles, identifying common features as well as explaining key differences. Children learn about incredible journeys that some animals undertake to complete their life cycles, and about the different ways in which humans are supporting some endangered animals to increase their population numbers.

We use necessary cookies to make our site work. We'd also like to set optional analytics cookies to help us improve it. We won't set optional cookies unless you enable them. Using this tool will set a cookie on your device to remember your preferences.

Necessary cookies enable core functionality such as security, network management, and accessibility. You may disable these by changing your browser settings, but this may affect how the website functions.